Well, see if you can spot the difference (only one) between these pictures:

If you need a hint and can’t find the difference… you probably need glasses.

Thanks, Robin, for editing out the buoy! BTW, you should check out his blog to see what a real artist can do. 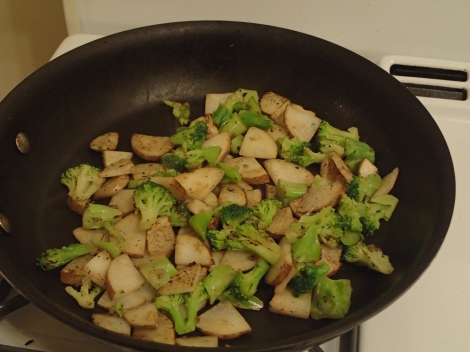 With some of these guys: 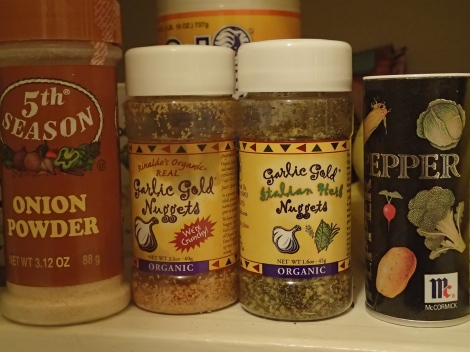 I swear… Garlic Gold Nuggets are the best things for a noob cook.

So anyways, with two fried eggs, I had breakfast for dinner:

(Don’t worry. The whites were fully cooked. The yolk wasn’t as runny as I liked… but oh, well). Sriracha sauce is popular in our house 😉

Joanna and I went to Trader Joe’s and I picked up way too many goods… some of them to snack on around 8:30pm.

I love love love dried fruits. Those apricots were mighty yummy! I only ate half of the dark chocolate. I always share them with my roommates (mostly because… I know I’ll eat the whole thing if it’s there, hahar). I also only ate half the bag of trail mix.

But off I went for a run around campus at 9:30pm. Why? Well, I needed to move my car anyways (street cleaning this morning), and I didn’t want to go to the gym. Running around for three easy miles and then moving my car sounded like a good idea.

Here’s how it went:

Haha, I like that 5:45 at the end. I probably sprinted when I knew I was close to 5 miles until I heard the beep.

It wasn’t a flat run (about 300ft elevation gain. Nice rollers throughout the run). I didn’t use KT tape. I ran in my PureFlows. All was GOOD.

(Actually, some of the young students who were smoking outside kinda bothered me. Why do they stand in a line to block the entire sidewalk and not move when they see me running toward them?? Garsh!… then again, they’re probably wondering why there is an old lady running around in a black hoodie at night).

(Also, I saw a huge racoon… twice. It made me jump to the side both times. After that, I kept flinching at every single thing… a person walking around the corner, a car driving by, a falling leaf, the “beep” of my Garmin).

I’m trying to think of everything that I will need to plan for and think about for the marathon. I think I’ll still wear this outfit:

Also, I’ll have to really re-think my double-arm-wave. It’s not looking as cool as I thought it would…

That was the outfit worn for the Mermaid Run 18-miler. I came in third, just a bit after Tammy (the super faster Wonderwoman who introduced me to the Running Addicts)!

The only thing I’ll add is a visor. Since there is a chance of showers, I don’t want rain hitting my eyes. Oh, and probably compression socks. Also, I might not have my mp3 player on me (or I’ll have it stowed in a zip-lock bag in case I really need some music in the second half of the race).

I’m also going to find an old sweatshirt and cut it down the middle (like last year). I’ll take it off and throw it away when it gets warm enough. And two-dollar gloves from Target! Took them off too early last year and my fingers were freezing!

In the end, I’m just so thankful for the blessing of being able to run a marathon. Even if the time is not what I’m gunning for or if things don’t necessarily go as planned, if I can just cross that finish line, that is a magnificent blessing from God.

Hope you have a blessed Tuesday!