Umm… one of the most gorgeous runs I’ve ever been on! 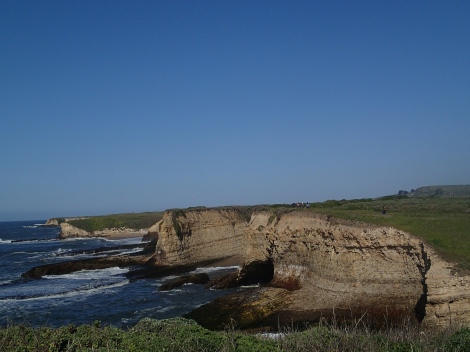 ^Dogs playing together at the beach. OMG, it made me so happy!

I was mostly running right behind Linh. 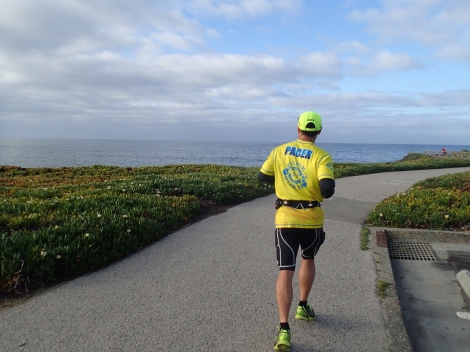 My legs were tired from the tempo run, and his pace was definitely faster than if I would have come by myself (I thought holding down an 8:30 or 8:45 would be fine, but it felt like tough work doing 9:00’s!).

Oh, well, we took a lot of photo breaks (these are Linh’s pictures): 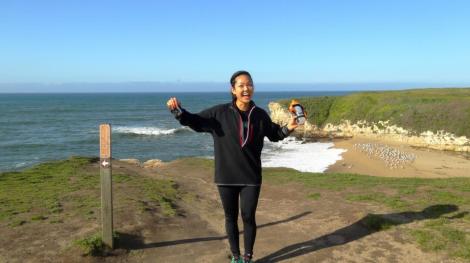 As you can see in these pictures, I was overdressed (per usual). That top… which belongs to Joe… became like a sauna!!

I later had to tie it around my waist: 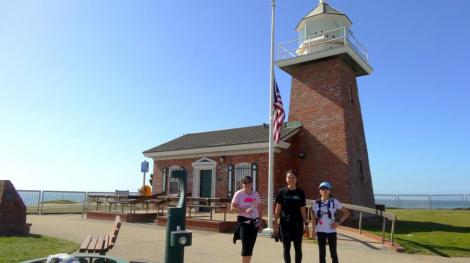 This run was probably around 14 miles? There were a few times we went back and forth. Since I wanted to keep the pace easy, I only brought water. Though I was able to make it through the tired legs, I think I should have had a little something to replace the electrolytes (from my profuse sweating. I know. So sexy).

Afterwards, Linh, Amy, and I walked around the wharf, and got to see some of the sea lions swimming around: 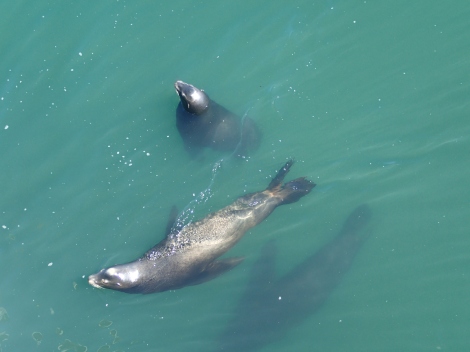 Or are they seals? I don’t know. I call them sea lions.

Anywho, this was a beautiful course and not too difficult! It’s just so scenic and you’ll be in awe of God’s beautiful creation! For serious. I just marveled at all that He has made during this run. It was soooo wonderful!

Oh, and this was a course preview for the Running Addicts PACERS. That’s right… I’ll be pacing the 2:05 pace group in the Santa Cruz Half marathon in April! WOO HOO! I’m sooo excited for the opportunity to pace, and it is going to be my first time leading a pace group 😀

Pray that all will go fantastically!

HEY, my younger brother, Michael, came back from Atlanta (GEORGIA) yesterday! He’s a law student and will be spending his Spring break at home.

I made my brothers and Joe wait for hecka days as I got back home from the run and took a nice hot shower. Usually, I would be quick, but I felt entitled to a long shower.

Making them wait that long meant choosing a BUFFET for lunch. So Passage to India, we went! 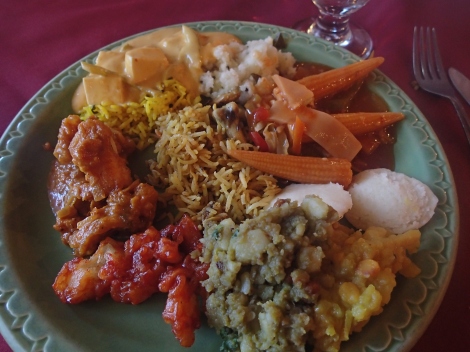 I would explain what each thing is… if I knew. I just know there were a few kinds of rice, butter chicken, fish curry, and mango tofu curry. Oh, and don’t forget a bunch of garlic naan!

With full bellies, we went to watch Oz: The Great and Powerful. I must say that it is quite entertaining, but quite possibly a little scary for the youngsters. Maybe it’s a really girly thing to be thinking, but the costumes that the witches wore were SO PRETTY!! That’s probably the only time my tomboy nature gets squished.

Then for dinner, we watched the Warriors v. Bucks game at Islands… while eating some burgers, of course. 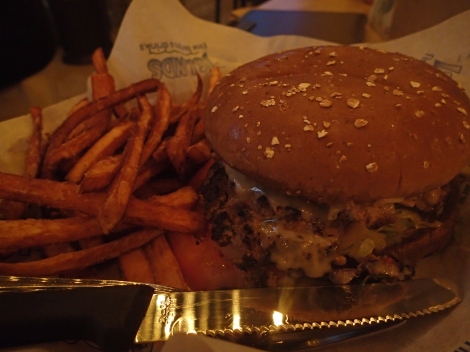 I went with the sweet potato fries and a turkey patty Maui burger (which came with guacamole, cheese, tomato, lettuce, and onion). I also ate some of Joe’s onion rings, which were apparently too oniony for him. Haha, he likes it when it’s more batter than onion, since he has an aversion to onions.

It was a nice “Welcome back, Michael” outing, and I forgot to take a picture of Michael! Hahaha…

So I’ll leave you with this photo from when we lived in Korea:

Hope your Saturday was awesome, and have a wonderfully blessed Sunday!