I used to be obsessed with numbers. Number on the scale. Number of hours I worked out. Number of calories consumed. It was certainly OCD… it consumed my mind and greatly impacted my health.

Now? I still kind of love numbers. If you are an avid runner and racer, then you’ll probably be able to bust out several numbers for me.

“How many miles did you run yesterday?”

So anyways, I kind of focus on numbers still, but I hope that this is a healthier obsession (one that doesn’t make me lose 2/3 of my hair, lose sleep from insomnia, lose my period from not having enough body mass/fat, etc.).

My very first tRAck workout with the Running Addicts was earlier this summer after I finished school (June). We did a one mile time trial run. We did a two-mile warmup, a few strides, and then the one-mile. It was the week following the M2B marathon, so maybe I was tired, but my time was 7:01 (June). 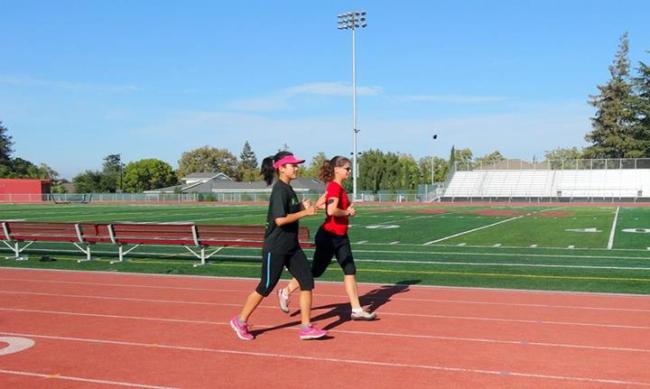 Did the same thing. Two-mile warm-up. I had some bad cramps, so I was planning on just doing another mile at a faster pace (maybe 7:30?). After two laps of going at a kind of hard pace, I found that my cramps were not bothering me too much, so I decided to just go for it with the next two laps.

Boom: 6:55. Now what I’m wondering is… what would my time have been if I had just trusted my body and gone for it from the beginning?! Haha, I’ll be sure to repeat this workout soon. I’m so very curious what my one-mile PR could be.

So after a little cooldown, we got to the fitcamp portion. I was not in the mood for jumping, but I know the RA’s were 😉

I’d demonstrate some of the moves: 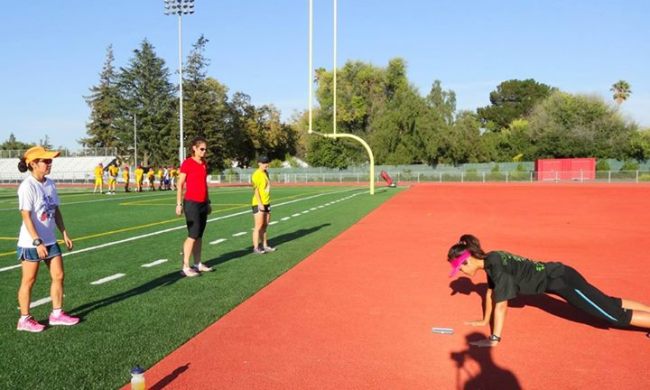 Then I’d do some of the moves with them for the beginning part of the interval: 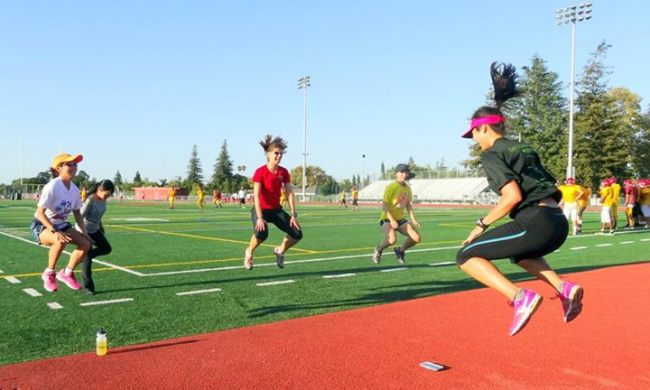 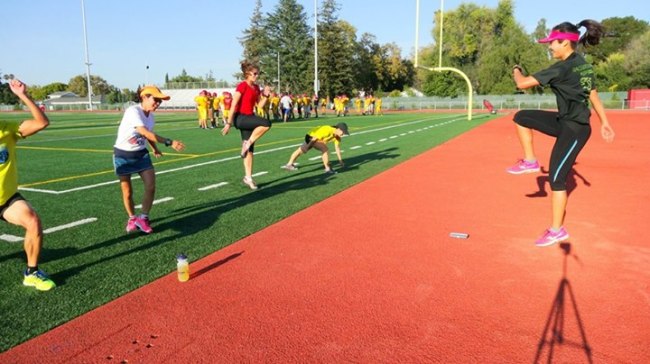 And then for the second portion, I would get ready for the next move (but secretly be resting). It’s always nice to be the one leading because you can do that, HEHEHE.

We had 8 moves, each of them being 50 seconds long with a 10-second break. Did that TWICE. All of them were high intensity or used the whole body (such as plank punches). Perhaps that’s why everyone was so glad to be done: 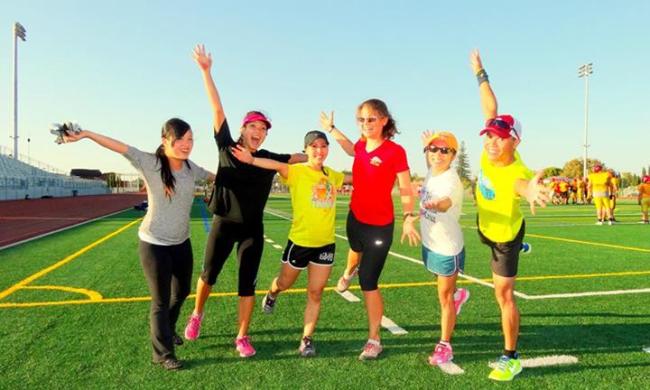 As always, thanks LINH, your pictures are always amazing!

^And as you can see, my friend Chimi came over near the end of the fitcamp! She came right after work, and wanted to walk the track a bit. We did 2.2 miles together (and of course, with some running). I was super happy when she said this is the most that she has done this year! WOO HOO!

Honestly, doing workouts with friends is great. I just looked at the pictures again and saw all the smiles 🙂

Hope you have some workout buddies because it’s great to have some fun while working hard!

Do you keep a workout log? [I keep a written one, as well as Plus3Network]

4 responses to “Progress, Plain and Clear”