At least I got to see this nice little lake while exploring:

(It’s not Big Bear Lake)… Anyways, I took it easy since we went to hit up Snow Summit yesterday!

Here are all the cousins and Esther, chillin’ after snowboarding down the run (which was a mile long!!!):

Esther, looking so cute while snowboarding!

Here’s me looking so old while waiting for the snowboarders. (Btw, I chose to ski instead of snowboard. I find skiing to be much easier… and though snowboarding is kinda cooler, I certainly know how to make it look super uncool while falling and crap): 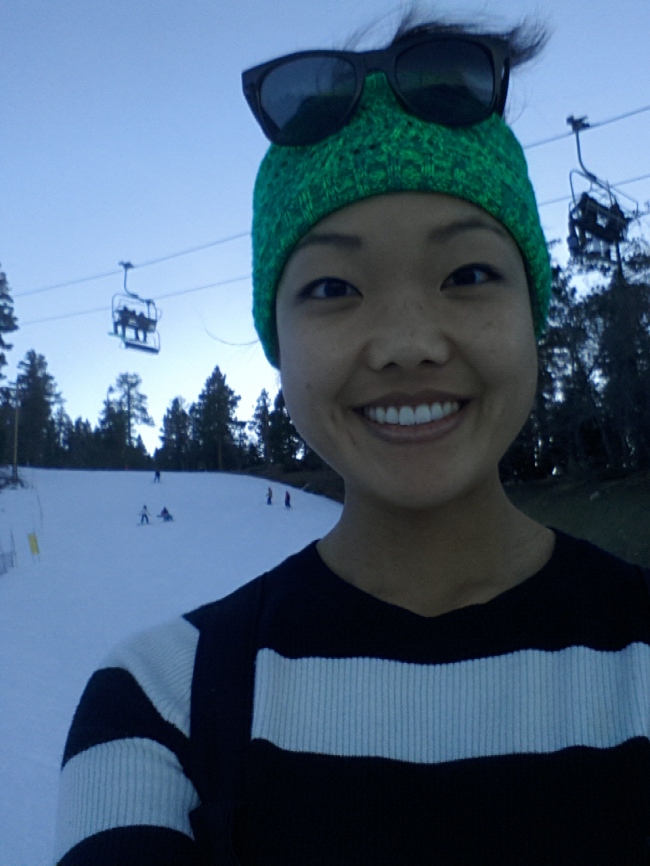 This picture certainly doesn’t do it justice. This picture is from near the bottom of the run, but at the top, you can see so much of Big Bear Lake, and it’s real pretty. 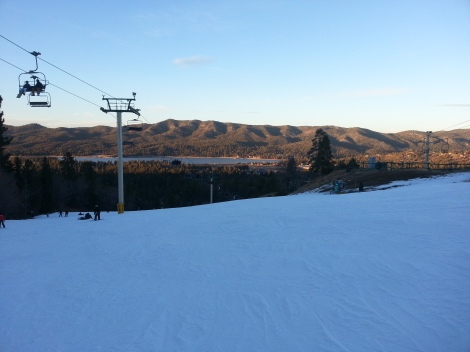 We didn’t keep going for the night-skiing portion, since it was warm and the snow was getting kinda slushy… but it looked pretty cool:

While we were at the cabin, I went crazy with the snacking and consuming of sweets. I unleashed the beast within and did not hold back. IT’S OKAY, the world did not end, and I’m not going to be in a sour mood about it.

Though I don’t step on the scale much, I can tell by my jelly belly that I gotta get back to eating normally… once I get home, hehe.

Perhaps I’ll do a before and after picture for the month of January?

Definitely going to hit up the gym again to run at least another 6 miles (14+ miles for 2014? Yessir, you betcha).

I’ll have to post more pictures when I get home, and do a more thorough recap.

Do you ski or snowboard?

What did you do for NYE?